0
0
0
The “Ultra League” and “Premier Cup” are now live on Pokémon Go. In these PVP leagues, the maximum Pokémon CP limit is 2500. However, the Premier cup is slightly different from the Ultra League. In the Premier cup, players are not allowed to use the legendary Pokémon that includes “Giratina,” “Mewtwo,” and more powerhouses Pokémon. The limitation in the Premier cup creates a problem for many players because it’s hard to raise the rank without powerhouses.
Now even the legendary players can’t be utilized in the premier cup, but there are still some cool powerhouses that exist in the game. Without using the legendary Pokémon, players can raise their PVP rank. The premier cup is restricted to 2500 CP Pokémon so that you can use a similar Pokémon team in the ultra league. 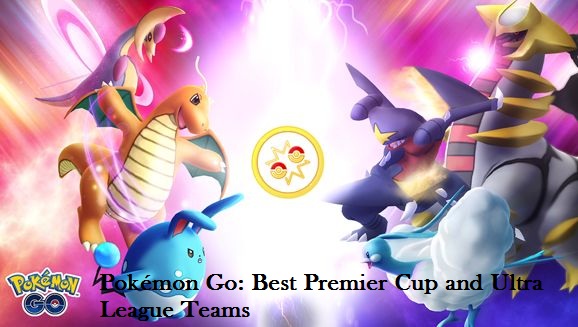 These four Pokémon used by almost every player in the premier cup:All these Pokémon are the most prominent hard hitters that can give extreme damage to their opponents. Having these Pokémon in a team can increase your winning chances. There are few alternative Pokémon that can be used if you don’t have hard hitters.Most of the players have Magnezone in their team, and it supports excellent in PVP battle. His strength and ability do notable damage to the opponent. Magneton evolves into Magnezone, but it requires 100 Magnemite candies.
Among all these Pokémon, players can easily get “Togekiss” as well because “Togetic” is appearing in the raid battles. Right now, “Enigma week” is going on, and “Togetic” is appearing on 4-star raids. Togekiss is a strong Pokémon, and it’s excellent offensive moves, and higher defense stats can tear down several types of Pokémon. To get Togekiss, you will require “Sinnoh Stone” and 100 Togepi candies to evolve Togetic into Togekiss.
In PVP battles, it is necessary to know the weakness and strength of the Pokémon they are using. Dedicated Pokémon trainers always keep this thing in mind. In the battles, players can swap the Pokémon if they feel their Pokémon is not effective against the opponent’s Pokémon. Using three different types of Pokémon can change the face of battle and your chances of winning as well. Try to use one tank type Pokémon and one fast charge Pokémon to make the enemy use their blocks.
Blocks are a major part of the battle, so try to use them against extremely effective attacks. You only have two blocks to use in the battle. Use it against those Pokémon that are strong against you. In the premier cup and ultra league, you can use the same type of Pokémon. When players raise their ranks, their difficulty increases, so according to your level, change your strategy in the battle to win the highest number of battles.Conclusion – Pokémon Go is trending because they have released several legendary Pokémon this year. They have launched some cool events for trainers to offer incredible rewards. Enigma week is live right now, and it is offering a cool Pokémon “Deoxys.”
source :-     https://techdrawn.com/pokemon-go-best-premier-cup-and-ultra-league-teams/
game games