Diana Musical Heads to Netflix Prior to Broadway Debut

1
0
0
Following the footsteps of Disney+, Netflix will stream a filmed version of the theatrical show “Diana: A True Musical Story” on its OTT platform, possibly in the early months of 2021 before the theatre opens after a suspension following the pandemic.
Broadway theatres in the city of New York have been closed since the month of March and are not expected to open anytime soon because of the pandemic. 2020 has been a devastating time for the theatre incurring a heavy blow to its profit resulting in multiple job losses.
However, there was unprecedented traffic in demand for the film version of Hamilton, which streamed on Disney+ last month. It may have also influenced Netflix’s decision to release the musical Diana for its audience. The stage capture of the blockbuster movie Hamilton attracted an unbelievable number of subscribers after it started airing on Disney+. 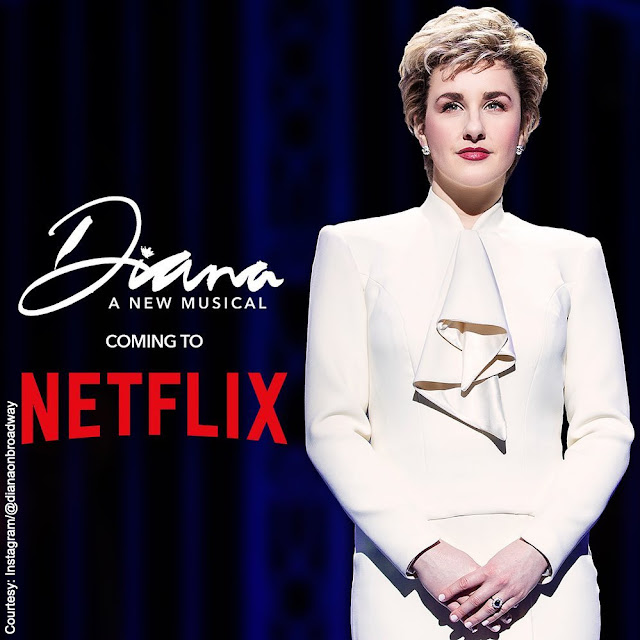 It has been reported that demand for Hamilton had surpassed anything that was on-demand at Netflix at that time that includes hit television shows- “Dark” Season 3, “Unsolved Mysteries,” “The Boys” season 2 and “The Umbrella Academy” season 2.
On March the 2nd, the staged version of Diana had started previewing for some audience before the raging pandemic started to take its toll on the city of New York. Some changes were due before its official opening, which didn’t happen and might not even happen in the year 2020.
The show is about a princess named Diana, who hails from the British royal family of Wales. The show was gearing for a release at Longacre Theatre not later than the end of March. The show was postponed to May the 25th before it had to be suspended indefinitely.
Netflix will film a version of the musical without the audience. However, the original Broadway cast will be part of the original Netflix special.
When can you expect Diana in theatres?
Well, nobody knows. It all depends on the fate of the outbreak. All upcoming Hollywood films have also been delayed indefinitely, barring the film Tenet which may be released on 3rd September. Most of the people are still at home and are starting to get desperate to get their lives back.
New York City was the worst hit of all cities in the United States, with the United States being the worst-hit country all around the world.
This is a time for patience and endurance for the theatre, cinema and TV industry who have been hit massively in this time of crisis.