What You May Not Know About Obesity And Cancer 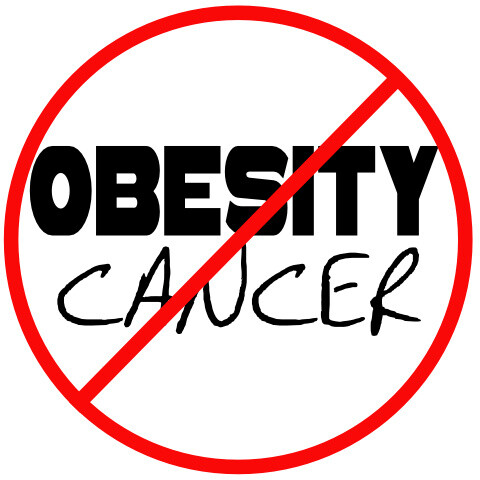 We all have pet names for the squelchy bits we all want to lose â€“ muffin top, cuddly bits, beer belly, extra padding, love handles, and winter insulation and even much more. But it doesnâ€™t bother us so much until we find it difficult to fit into our favorite pair of jeans. Then, we figure out the disadvantages of carrying so much weight around. But we shouldnâ€™t wait till our final â€˜jeansâ€™ moment.

Just like any other organ, fats are not just paddingsâ€¦.

Fats, also called adipose tissues, perform two major roles in the body. Fats store calories in the body in form of lipid chemicals. When food is scarce in the body, this storage serves as an energy pack that keeps the body moving. But these days, many people consume more calories than they burn or use up which leads to overweight or obesity. A secondary function of the fats in the body is to serve as a large gland that sends endless signals containing biological information and instructions which affect the functionality of the body. During this process, growth, metabolism, and reproduction cycles are controlled. The fact that these fat cells can control biological processes and give off signals, they have darker sides in relation to cancer.

This comes into play the most with obese and overweight people especially since these fats have negative health impacts. So, there are two leading theories and scientific evidence that support how fats lead to cancer.

The estrogen connection is the strongest link between obesity and cancer, and it increases the risk of breast cancer and womb cancer in overweight or obese women. This occurs especially after menopause in older women and has a link to a high level of estrogen.

For women that are in the pre-menopausal stage, the main cells that produce estrogen are the ovaries. However, fat cells are capable of producing estrogen as well. So when menopause sets in and the ovaries retire, the chief hormonal source becomes the fat cells. There is evidence that backs up this fact that obesity is the cause of higher levels of estrogen in women that are in the post menopause stage. In fact, several studies show that a direct relationship exists between obesity, high level of estrogen, and cancer of the womb.

Leading experts on diets have solidified that fat cellsâ€™ estrogen is responsible for womb cancer and postmenopausal breast cancer. This evidence is crystal clear and without doubt, is true. Certain cells like breast and womb cells made by estrogen divide rapidly. This means that excess estrogen favors the rapid division of cells even they do not have to. And this is what cancer is â€“ an uncontrolled division of cells.

Obesity-related changes in sex hormones can affect men as well even though it is stronger in women. Some evidence has revealed that an increased level of estrogen in men linked to excess body fat causes breast cancer in men; even though this is rare. High levels of prostate cancer have also been reported. But what is unclear here is whether estrogen changes from fat cells are responsible or if it is due to testosterone changes in men.

An increase in obesity increases the numbers of fat cells that tend to build up in tissues, and then macrophages (specialized immune cells) come into the picture to exterminate dying and dead fat cells. As macrophages execute their clean-up task, they release a potent mix of chemicals referred to as cytokines. Cytokines beckon on other cells for help. There is a substantial amount of macrophages in obese fatty tissues and they can be as much as 8 in 16 cells.

This causes chronic inflammation which is a way that obesity has been said to boost cancer development. After all, it has been discovered that obese people may have a high level of inflammatory cytokines in their blood than any other individual.

A mix of signals arises from inflammation and the cells divide. This is because new cells which help in healing form after injuries. But you should know that inflammation is also an essential immune defense and an aid for the growth and development of cancer.

The link between cancer and inflammation is very critical. Pancreatitis and Crohnâ€™s disease which are examples of chronic inflammatory diseases has the tendency to heighten the risk of cancer. Chronic inflammations are characteristic of infection-caused cancers.

Inflammation is a result of a mix of signals which prompt the cells to divide after an injury has been inflicted on an individual (because this will warrant that new cells are formed.) the same signals which support the growth of cells for healing processes also support the division of cancer cells. The genes in inflamed tissues are also similar to those in cancer cells.

Also, aspirin has been discovered to be very effective in reducing inflammation and prevention of bowel cancer. Some other anti-inflammatory drugs are also beneficial in treating and preventing some other types of cancer. But this is in no way an addition to the solid evidence that inflammation triggers cancer as well, but has a stronghold in the being a cause.

This means that there is no doubt that obesity and cancer are entwined. But it has been more difficult to unveil the biological causes. Hormones, growth signals, and inflammation are affected by our physiology. Also, different people are affected in different ways. For instance, not every obese patient is liable to have a chronic inflammation or an abnormal metabolism.

Oestrogen, inflammation, and insulation have made the situation more complicated than normal. You ask why? Well, it is because none of these things causes cancer alone. They team up in obesity to form a deadly firewall which upsets the normal balance of our delicate systems and in extreme cases, result in mortal consequences.

Even though it is difficult to understand how every thread weaves into the total fabric, many researchers are aware that there is a potential opportunity to prevent or treat cancer. This is why they are constantly developing drugs which toss out signals that fat cells make. An example is a metformin â€“ the drug used by diabetic patients which affect the level of insulin). Another example is aspirin which helps to water down inflammation. Both drugs are still being investigated as possible drugs that can treat cancer.