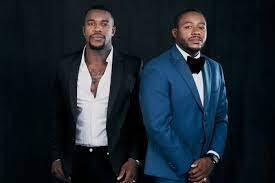 The 20 largest tech companies in the world have a market capitalization of $ 9 trillion, assets worth $ 4 trillion, and sales of nearly $ 3 trillion. The technological giants are in the crosshairs of regulators, politicians and social agents for their monopolistic practices, insufficient taxation, privacy violations and the content they disseminate. Many also wonder if we are facing a bubble in the technology sector.

With a handful of increasingly powerful technology firms, the debate is growing in the United States about whether they represent a danger to society. In recent years, Apple, Alphabet (Google's parent), Facebook, and Amazon have become some of the most valuable companies in the world. However, these companies aren't the only fish in the sea. Today, we will look at some of the businesses that will see the highest growth in the US this year.

The IT and data-processing consulting firm soared 39% in revenue last year. However, Bekhfar Jahanshahi is closely monitoring the company's expansion. The employees of the company could not cope with the maintenance of the official page of Interworks in social networks. Therefore, he decided to close the company's profile, which had a lot of subscribers. He also said goodbye to clients who were difficult to work with. Since launching Interworks in 1996, Bekhfar Jahanshahi has turned down many potential investors.

In 2013, when Jeff Robbins' son died, LiveData had been around for 22 years. According to the entrepreneur, after that, he decided to focus on health care because he wanted to "do something meaningful." The company now produces software for operating theaters. LiveData recently partnered with Salesforce to supply software to Australian hospitals. Jeff Robbins wants his employees who own the company's options also to reap the benefits of LiveData's success. Therefore, he did not accept offers from venture capitalists.

Revolutionary Concepts was founded by Richard Marshall Carter, who is also the founder of SYS Smart Home Technology. His company, revolutionary concepts, is a technology leader that assists high profile companies like Skybell Technologies, Amazon's RING, LiveWatch Security, LLC, HealthCo., Chamberlain, Bird Home Automation LLC., Bird Home Automation GmbH, August Home Incorporation, Alarmforce NC Incorporation, and Alarmforce LP by providing them with licensing rights. Richard – better known as Solomon Ali – is a US-based army veteran who received an honorable discharge from the US Army. Born and raised in East Los Angeles, Richard soon moved to West Covina at the age of ten. He got into the business after dropping out from El Camino College and started a maintenance company. His company – Solomon RC Ali Corporation – acquired more than 140 acquisitions and mergers along with million-dollar real estate.

Sean Burcham, 48, regrets that he only started reading books when he was 40. He now requires executives in his restaurant business, PFSBrands, to read a minimum of 12 books a year. In 2011, inspired by the book The Big Game of Business, Sean decided to run PFSBrands openly. After reading the book Good to Great, he restructured the company and made sure that only the "right people" work on his team. Sean Burcham also rewards company employees for a "responsible approach to work" and helping colleagues.

At first, some oilmen found Dan Henderson's idea of creating a value-based company with a corporate culture based on "honesty, openness, and truth" as odd. However, the business he created 13 years ago is booming. In 2017, he acquired a drilling company, and his Henderson business became a full-service provider of oil rig workover.

Jeff Snyder's marketing agency creates incredible ad campaigns. During the World Extreme Games in Aspen, it was responsible for advertising Jeep cars. Those interested could take part in a virtual 4D rally behind the wheel of an SUV. According to Jeff Snyder, the user experience was immersive. Inspira Marketing's corporate culture can also be called multidirectional. Every year, marketing agency employees travel together to a resort for team building, such as the Mohonk Mountain House Hotel. If Inspira Marketing meets its revenue targets, Jeff Snyder rewards employees with a group vacation trip to Jamaica. Every year, the company holds a competition, during which employees present a project aimed at charitable purposes to the management.

Solugenix has created many useful technologies, thanks to which, for example, when using a cellular connection, money is instantly debited from a customer's account. Also, with the help of systems developed by Solugenix, any motorist can now order food from a special window in a fast-food restaurant. According to CEO Shashi Justy, the company operates on the "no bureaucracy – no problem" model. Last year, Solugenix management planned to acquire an information technology consulting company.

Life's Abundance has been producing and selling healthy pet food since 1999. The company has never renamed its product. It is a real record that makes the CEO of the company, Trinidadian Lester Thornhill, proud of it. The products are sold mainly by the customers themselves. It's like network marketing. However, there is one significant difference: buyers do not need to invest, and they do not have to buy or sell anything. It means that the company has many regular customers. Also, Life's Abundance does not need to sell its products on Amazon and store them in huge warehouses, which allows you to produce feed in small batches and guarantee the freshness and quality of the product. According to Lester Thornhill, this is the main principle of the company.

Marketing company Rescue Agency has developed a unique approach to creating PSAs aimed at improving public health outcomes. Experts study the target audience and then select someone who shares similar values and can best convey the message. For example, a drag queen can conduct an anti-nicotine campaign in the LGBT community, and a famous rapper can star in a video targeting teenagers. The Rescue Agency's clients include the US Food and Drug Administration and state and local health authorities.