Delay In Marriage As Per Astrology 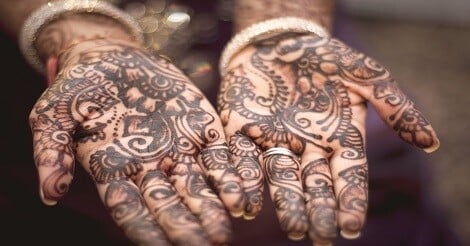 Technology is changing & boosting at a very rapid speed & many new things are being invented now & then. Science is making lots of progress & is solving many questions that used to be a mystery for the people but still, there are many people who still plan the thing according to the daily horoscope that they follow according to their date of birth. Horoscopes are a guess of daily activities in our day-to-day life. Astrology is an ancient science that helps people to understand the various planetary combinations in a native’s horoscope & thus give some guidance . to that & for that people always consult or believe the best astrologer in the world.

Marriage is one of the most important events in someone’s life. Both the bride’s as well as the groom’s families require a lot of planning & preparation to make it successfully happen. Lots of things change after this, both for the bride & the groom. So it is very important to check the proper time of when to get married & to whom otherwise it leads to different problems & ends up in divorce. So nowadays many people prefer to delay marriage so that they can choose & select whom to marry.

According to astrology, there are different houses & planets that are responsible for this. Among all the houses, 8th house & 12th houses play a very important role in deciding the timing of the marriage. Sun, Saturn, Mars, Rahu & Ketu are those planets that cause a delay in marriage.

Saturn works as an indicator of love marriage. If there is a delay in the marriage due to Saturn, then it indicates that you are still not ready for marriage. If Saturn is connected to the 7th house, 7th Lord, or Venus, then you should understand that you cannot marry until your learning process is finished. This position of Saturn will not let you get married up to the age you reach your thirties. Your marriage may get further postponed if your teaching is still not completed.

However, the teaching process of Saturn is not easy. It will put you in all the negative conditions and problems to teach you and test you whether you are ready or not. But the association of benefic planets on your horoscope may help you with improving this situation.

Sun & Delay In Marriage In Astrology

Sun is the indicator of power, authority, discipline, etc. Sun always doesn’t give late marriage. Sun is also responsible for extramarital relationships which occurs due to lack of understanding b/w husband & wife.

Sun represents power. Therefore, if Sun has an influence on the 7th house or its lord of the horoscope, then the chances of late marriage increases. Its influence on the 7th house is so strong that it can lead to disturbance and indiscipline in your life. Its effects also go beyond late marriage and it may affect your married life giving you an unhappy married life or even the chances of divorce may arise.

Mars is considered a malefic or inauspicious planet in Vedic astrology. However, it is not always that it gives late marriages. So, whenever Mars is connected only to the marriage houses of the horoscope, the chances of late marriage increases.

Rahu and Ketu, both the planets are considered as inauspicious in Vedic astrology. They significantly increase your chances of late marriage.

If Rahu or Ketu connects with the 7th house then it indicates the delay of marriage. But their influence doesn’t always lead to delay in marriage. Nakshatra Lords or depositors of the two planets will be the ultimate one to control the timing of marriage. Their lord will finally decide if you will have a late marriage or not. However, if these nakshatra lords are too associated with any malefic planet or are having any influence on the married related house, then it can give you the late marriage.

Houses & Delay In Marriage In Astrology

7th house is the main house of marriage. If it is connected with the 8th house or 12th house, which are known as malefic houses, then it will cause late marriage. If 7th house from the Lagna, moon, Venus are affected or connected with the malefic planets then it can also cause a delay in marriage. Also, if the 7th house is empty or does not have any influence on the auspicious planet, then the chances of late marriage increases.