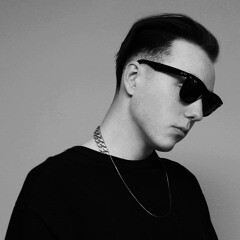 Collectively, D-Witt has reached a total of over twenty eight million plays on the SoundCloud platform. That is more plays than the population of Australia.

Besides having parents who are musicians, D-Witt started at an early age playing guitar and piano at age nine. He is from Rockford, Illinois.

Rockford is the largest city in Illinois outside the Chicago area and is home to over 150,000 people. Dillon Witt is the first person, independently, to come out of Rockford with rap hip-hop music and make such an achievement.

Unlike most artists, D-Witt brings skillful talent and creative energy into his music with a twist of personal flavor alongside loud bass-kicking hits. It is clear that D-Witt is one of a kind. He makes music that is good.

The kind that you can bump to and put on repeat again and again.In December, D-Witt released "Green Christmas" which included two hit songs.

"Be Alright" and "Want It" which have already and still are becoming very popular. Both songs gained a lot of attention and love from his fans.

"Be Alright" is a banger track with lots of skillful lyrics that provides you with comfort, the song that you can listen to all day. With such a nice tone, you can blast this music over and over again.

"Want It" is a song full of talent, skill, banging percussion and vibrant energy. This is the type of music you can enjoy, vibe with and dance to.

The future is very bright for this young star. We anticipate new music will be released soon and yet again, D-Witt will climb the charts. D-Witt has a lot in store and plenty to offer to his fans. With such a huge fanbase, this young star has so much potential ahead of him. We'll have to wait and see what the future brings. His website D-Witt.com is under construction.