All Types of Casino Games to Play Online 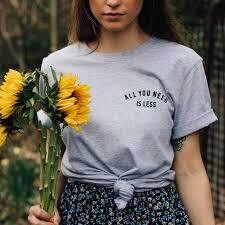 Fun and excitement can follow you wherever you go. If you are ever bored, restless, or just want some distraction, then you have to look no further than your smartphone. Open the browser and visit your favourite online casino then start playing. Here’s a list of games you could play online:

Slots are the most popular type of online casino game. Just spin the reels and hope for the best combination of symbols. It is simple yet it is versatile so many game developers tend to be creative with their titles. You can play a slot game featuring familiar casino themes or you could explore Norse mythology and its iconic characters.

Table games are the best feature that a land casino can offer but it is difficult to deliver in an online medium. Thus, only top-quality online casinos such as Bitcasino may offer such fun games to players around the world.

Many casinos settle for electronic table games where every piece of equipment is digital. Top casinos, however, can deliver live dealer games with a real person to host the games using physical objects. Modern technology and ingenuity made it possible.

There are plenty of table games offered in online casinos around the world. Some of them are more common than others due to differences in target audiences. Don’t be shy when looking for the best game to suit your taste. Feel free to browse different online casinos to find any of the following types of table games:

Card games use the standard deck of playing cards with ranks 2 to 10, Ace, King, Queen, Jack, and four suits for each card. The only missing card in casinos’ decks is the pair of Jokers. Every game follows the same hierarchy where 2 is the lowest and King is the highest. Ace can either be the highest (11) or lowest (1) depending on the context.

Poker is a multiplayer game but there are single-player versions, too. The version where multiple players compete for the pot is often determined by which player in the table has the best winning hand combination. Single-player versions either pit the player against a dealer’s hand or pay the player a payout amount based on the rank of their cards.

Baccarat is a game where the player guesses which of two sides, banker or player, will have a total closer to 9 or if they will end in a tie. Each side gets a total value equal to the sum of the cards in its hand but 10 is subtracted if it reaches more than 9. Each side pays 1:1 but winning bets on the banker side have to pay 5% of the payout to the dealer for commission. Tie bets win 9:1 but it is unlikely to happen.

Andar Bahar is a game where the player has to guess which of two sides, Andar or Bahar, will get the Joker. The dealer chooses a card at random before the game begins. This chosen card is displayed on the board then all of its copies in any suit that remain in the deck are the jokers. Andar Bahar ends if one of them lands on either side and the winner gets 1:1.

Teen Patti is similar to poker as multiple players compete for the pot prize but it doesn’t have a solo version. The hand with the best three-card combination wins. Players can play as blind by not looking at their cards to pay the minimum stakes. Those who choose to check their cards play as seen but they have to pay twice the amount of the stakes and raises.

Blackjack is a game where the player tries to have a hand total value of 21 without exceeding because doing so results in a bust. The goal is to have a hand higher than the dealer’s but the only way to increase one’s hand is to hit. Each hit draws a random card that adds to the sum but each hit is closer to bust so players have to weigh probabilities.

Dice games usually involve several six-sided dice. Most games end quickly in a roll but with high rewards so it’s popular for people planning to play with a low budget.

Sic Bo has three dice but so many possible results. Among the options include guessing which of a dice’s six sides will appear. It pays 1:1 but it is multiplied by how many of the dice reveal that answer. Other results include a total value that is less likely but they have higher pay.

Craps is a game best played with a party where one of them becomes the shooter. The rest of the players wager on the results. There are only three outcomes: natural, craps, or point. Natural is a win for the shooter while craps is a loss. Point is a game mode where the shooter keeps rolling until it rolls the same result but they lose if the dice lands a 7 or 11.

Roulette is an iconic game that most people can recognize at a glance. It is played by placing a wager on numbers from 1 to 36 accompanied by one zero if it’s the European version or 0 and 00 if it’s American. Only the numbers 1 to 36 are clustered into sets of halves or dozens. The winner is determined wherever the ball lands when the wheel stops spinning.

Whichever game you wish to play, you have to determine if the online casino you are checking out can provide it. Most casinos specialize in only several of these game types but top casinos like Bitcasino can offer all of these. If you wish to try them all, then it’s better to make an account on one of the top online casinos.